Gabriel gave a sexy smile, leading Trever into the mans home and into his room, sitting on the bed.
"So Trever, how do you want me?"
The man have an evil smirk. "I want you screaming in pain beneath me."
"Huh?" The boy raised an eye brow, nervously glancing at the door. Gabriel was mad at him tonight...he wasnt here....
"I mean, im going to make you scream like a little bitch while Fuck you...And give you a present."
And that was it, Gabriel dashed for the door just to have Trever grab him around the waist, his finger digging into the elegant skin and dragging him back. Into the room where he snagged him by the neck and slammed him down into the tile floor.
Gabriel squirmed, letting out little squeals as he tried to get free. Trever slammed him into the floor again and again, getting him nice and dizzy before reaching to get rope to tie the boy down with.
While he was doing with Gabriel glimpsed his phone, his big blue eyes wide and he lunged for him, getting it in his hold, flipping it open to see the image of Gabriel Johnson on his phone, he pressed speed dial two, screaming as Trever simply took a knife he had handy and jabbed it down into Gabriel's back, his coughed, blood splattering the face of the phone as his call was ignored...
Gabriel was so fucking pissed he was ignoring him.
Oh please no...
"STOP!!" He screamed, digging his nails into the tile floor only to have the snapped off and broken as he was pulled back.
Trever shook his head, throwing him over and punching him in the face hard.
He got the rope around Gabriel's arms and legs.
Gabriel yanked against his confines, the look on his face one of pure rage as he tried to strike Trever.
“Now, now Gabe, calm down. You havernt gotten your present yet baby…”
“FUCK YOU!”
“Nope, fuck you rather. You see, my bitch got away from me so I need someone to experiment with and you just so happen to be here." Trever chuckled at him. "Thats just your luck."
He turned, picking up a condom and sliding it on, lathering it up in a bloody concoction.
"T-Trever...Please?" Gabriel stared at the man as he positioned himself at the boys entrance.
"What are you doing?"
"Im going to give you AIDS Gabriel, and then im going to see if it takes and how long till you die."
"P-Please no...T-Trever..." Gabriel's eyes filled with tears,
"Gabriel honey, I dont give a fuck about you. I dont care about your pleading."
"P-Please..." He whimpered, tears sliding down his cheeks as he whimpered for his bouncer.
"Nope." He roughly thrust in, smiling at the blood curdling scream he received.
"PLEASE NO!!!"
Music to his ears, He ran his nails down the boys sides, tearing away skin, his fingers pressing into the creamy white covering organ carelessly, already leaving Bruises as he fucked the smaller boy, loving how he cried for his momma and his bouncer.
This was hilarious!
Gabriel McDaniels I crying mess on his bed. He winked at the video camera he had set up in this room, it was always on, triggered by the door opening and closing.
"GAB-GABRIEL IM SO-SORRY!! H-HELP!!" The sobbed into the air, knowing no one would save him but crying non the less.
Trever just laughed at him, taking his knife and swinging it, catching Gabriel in the throat.
His vocal chords.
No he was not going to be able to speak much after this and that for some reason pleased Trever, he loved just taking away form people, especially people like Gabriel who deserved it.
Trever was merciless, fucking the boy hard, biting down on his Adam's apple, marking him...
It went on for hours.
When he was finished, he had confirmed Gabriel for AIDS and thrown his out on his ass,
Satisfied. 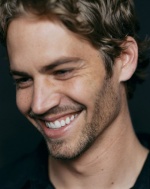