Just Go With The Flow...

Just Go With The Flow...

Wade growled as he stormed backstage.
How fucking dare John Cena do that?! A ref is supposed to be fair and balanced when it comes to matches. Cena was clearly biased. He had pinned Randy more than once during that match but Cena refused to count. Goddamnit, he should be holding that belt right now.
He drove back to the hotel, tears of red hot fury blurring his vision. 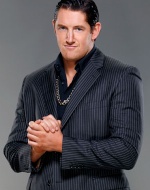 Sheamus was also pissed as he opened the door to his hotel room and then proceeded to slam it shut, almost knocking the cheesy pictures off the wall. Fucking John Morrison had no right to fucking do this to him. His face was red with fury, clashing viciously with the rest of him creamy pale skin. He flung his bad of gear and clothes across the room as he stomped about, raving and ranting in his thick Irish ascent. He decided to take a shower while he waited for Drew.

When Drew walked into the hotel room he was smiling, unlike his two friends. He might have lost his match but he was the last man standing for Team Alberto and he was pretty damn happy about that. But he knew Stephen would be upset. He heard the water running and quietly tip toed into the bathroom. He stripped.
"BOO!" He shouted, playfully pulling back the shower curtain and jumping on his lover.

Sheamus fell back and hit his head. He was pissed, that made it worse.
"Drew get tha fuck offa meh!" Sheamus yelled as he pushed Drew back and held his, now aching, head.

"Ya should beh McIntyre! Ya fucking hurt meh! Ya know ah not in ah good mood and ya still feel tha need ta do that childish shit!"
Sheamus didn't mean it, he was upset and in pain.

Drew snapped his head away and stomped out of the shower. He quickly dried himself off and got dressed.
"God forbid I try to have fun." He grumbled as he stormed back out to the bed.

Sheamus refused to be sorry. He did not hirt Drew. Drew had hurt him, Sheamus's head had a nice bump on it now and throbbed like crazy.

"Didn't mean to hurt you." Drew murmured, although he knew Stephen couldn't hear.

Sheamus finally got out and put on some clothes, he brushed his teeth and then he simply took one of the pillows and laid on the floor. It was a cold night and sheamus had nothing to warm him.

Drew whimpered as he saw Stephen on the floor.
"A-are you really that upset?... It was an accident." Drew frowned.

"No Drew, auh not that upset ah jus dont feel like ahm welcome in that bed right now."

"You're always welcome..." Drew murmured. "Especially when I was proud of myself and I wanted a hug or something..."

Sheamus sighed, he could not be mad at his lover like this. He grabbed his pillow and climbed into bed, dragging Drew into his arms.
"Ah'm sorry Drew. Ah didn't mean ta hurt ya. Ah was jus upset because of Morrison."

"I knew you would be." Drew nuzzled Stephen's neck. "I wanted to cheer you up. I didn't mean to hurt you."

"Ah know ya didn't, ah shouldnt have snapped at ya like that. Ya jus hurt mah head is all an ah jus took it out on ya, ah'm sorry."

"I'm sorry for hurting you." Drew said softly, leaning up to peck the small bump on Stephen's head.

Sheamus hissed a bit but he was happy none the less, he and Drew were okay.
"Ya were amazin out there tonight Drew."

"I know." Drew chuckled, smiling at his lover. He was a bit sore from being chokeslammed but other than that he was ecstatic.

"Ah wanted ta beat Pauls ass when heh chokeslammed ya."
He had been inraged.

Drew smiled softly.
"Jake had to hold me back when John was hurtin ya." He chuckled.

Sheamus growled yet again. Fucking John Morrison, the more he thought the more pissed he was about it.

Drew climbed on top of his lover and kissed his lips sweetly.
"Anything I can do to help you feel better?" Drew smirked.

"Ah can think of ah few things."
Sheamus couldn't stop the grin that spread across his face.

"Well, I want that smile to stay on your face so maybe you should show me what I could do..." Drew smiled, cupping Stephen through his boxers.