I think I might just do the thread on this song alone, but if i get a pairing i like out of this I might go from this point all the way to the end, or maybe even from the beginning of the musical all the way through the whole show. I'm kinda leaning towards having Jeff as Aida who is character 2
__________________ 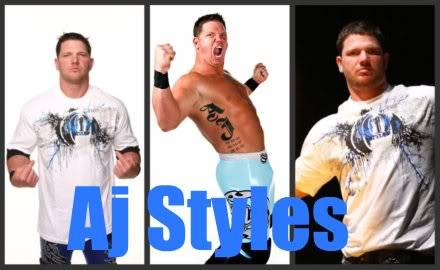 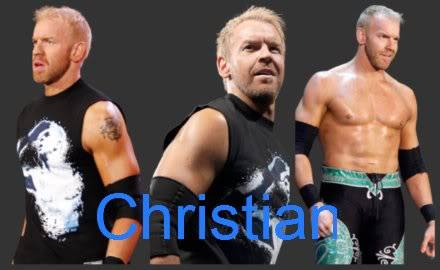 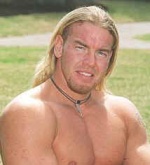 I kinda like the thought of having Adam as Radames and Jeff as Aida especally since Adam looks a lot like Adam Pascal who originated the role, if my Mattie is up for the thread of course

Aida Daughter of Amonasro and Princess of Nubia. With her royalty unknown to all except Mereb, who recognizes her as princess, she is taken into slavery with the rest of Nubia, but attracts the attention of Radames.

Radames Captain of the Egyptian army, son of Zoser, and fiancee to Amneris. He is expected to succeed the Egyptian throne after the Pharaoh's death, but finds himself intrigued by a Nubian slave, Aida, instead.

Amneris Princess of Egypt, daughter of the Pharaoh, and fiancee to Radames. She is renowned by all for her fashionable ways. Aida is given to her as a gift to be her handmaiden, by whom her true nature is seen: that she is merely using this fashion-driven identity to hide her own insecurities.

Mereb A Nubian servant to Radames, who was taken captive by Egyptians as a youth and has served among them ever since. The first to recognize Aida as Princess of Nubia, and the first to tell the other Nubian slaves about it with hopes that she can set them free.

Zoser Chief Minister of Egypt and father of Radames. He highly anticipates his son's succession to the Egyptian throne and does all he can to make it arrive sooner, including poisoning the Pharaoh.

Nehebka Nubian slave who speaks to Aida as a representative for the Nubian people.

Pharaoh Father of Amneris and King of Egypt. One of the arrangers of Amneris and Radames's much-delayed wedding, he is secretly being poisoned by Zoser to speed up Radames's succession to the throne.

Amonasro Father of Aida and King of Nubia. He is taken into slavery by Egyptians after Aida and Radames have fallen in love, and commands Aida to break all ties she has to the Egyptians.

In the Egyptian wing of a modern museum, a man and a woman touring the exhibit catch each other's eyes. A statue of Amneris, a female Pharaoh, comes to life ("Every Story Is a Love Story") and transports them to ancient Egypt, where Radames, captain of the Egyptian army, and his men are returning from an expedition through the land of Nubia, Egypt's long-time enemy ("Fortune Favors the Brave"). When his soldiers capture a group of Nubian women, he is captivated by one of the women, Aida, who tries to free herself by out-dueling one of his soldiers. Radames forces her to wash his back, but she refuses, saying that although the Egyptians took everything from the Nubians, they will never take their spirit ("The Past Is Another Land"). Radames saves her and the other women from the copper mines by sending them to the palace groundskeeper instead, but sends Aida as a handmaiden to his betrothed, Princess Amneris. Radames' father, Chief Minister Zoser, greets his son with news that the Pharaoh is dying, and Radames must prepare to become the next ruler of Egypt ("Another Pyramid"). Unbeknownst to Radames, his father is poisoning the Pharaoh in order to accelerate Radames' ascension to the throne.

Radames's Nubian servant, Mereb, is a young man who has learned the tricks of survival in Egypt. While delivering Aida to the princess, Mereb recognizes her as the daughter of the Nubian king under whom he had served during his days in Nubia. She commands him to keep her identity a secret, lest the Egyptians kill her ("How I Know You"). Presented to Amneris, Aida is liked immediately, and she perceives that the Princess' love of fashion only serves as a mask of her insecurities ("My Strongest Suit"). At a banquet, Amneris and Radames learn from the Pharaoh that they are to marry in seven days, leaving the captain distraught that his days as an explorer have ended ("Fortune Favors the Brave (Reprise)"*). Together, he and Aida share their dreams and regrets ("Enchantment Passing Through").

Later that night, Amneris worries about her father's illness, and finds in Aida someone who understands and encourages her ("My Strongest Suit (Reprise)"). Bursting into his fiancée's chamber, Radames steals a moment with Aida to share his growing attraction to her. Aida is taken by Mereb to the Nubian camp, where she reluctantly submits to her people's pleas to lead them ("Dance of the Robe"). When she implores Radames to help the Nubians, he opens his heart by giving his possessions to them ("Not Me") and declaring his love for Aida("Elaborate Lives"). Unable to fight her feelings any longer, she falls into his embrace. Their bliss is interrupted by news that Radames' armies have captured Amonasro, king of Nubia and Aida's father. Unable to comfort her, Radames leaves Aida in distress. Rallying her people, Aida assures them that Nubia will never die ("The Gods Love Nubia").

Aida, Amneris, and Radames are entangled in conflicted loyalties and emotions ("A Step Too Far"), that Aida might be a traitor to her people as she loves Radames, that his love for her could end his life as he knows it, and that he does not show the attention that Amneris deserves. Aida and Mereb bribe their way into Amonasro's prison cell, where she is reunited with her father. Mereb hatches a plan to escape with the king during the commotion of Amneris' wedding. To save her father and her nation, Aida must betray the man she loves ("Easy as Life"). Meanwhile, Zoser discovers Radames' affair and warns his son that it could cost him the throne, but Radames no longer shares his father's ambitions ("Like Father, Like Son"). After an emotional bout with his son, Zoser orders his men to find Aida and kill her.

At the Nubian camp, Aida receives a written apology from Radames for the thoughtless way he acted upon hearing of Amonasro's capture ("Radames' Letter") and for his lack of showing affection. When Egyptian soldiers arrive seeking Aida, another Nubian, Nehebka, sacrifices herself so that the princess can live ("Dance of the Robe (Reprise)"*). Now even more determined to leave Radames forever, Aida goes to say good-bye to him over Mereb's objections ("How I Know You (Reprise)"). Radames informs Aida that he is calling off the wedding. Aida knows that this would ruin her father's escape and tells him he must go through with it ("Written in the Stars"). Radames agrees, on condition that she escapes to freedom on a boat he will provide. The heartbroken lovers part, but Amneris has overheard their entire conversation and tries to face the fact that her upcoming marriage is a sham ("I Know the Truth").

News of Amonasro's escape disrupts Amneris' wedding. Radames learns the truth of Aida's identity when he arrives at the docks just as she is about to board his boat with her father. Although he is angry that Aida hid this from him, she says she never lied about loving him. In the ensuing chaos, Mereb is mortally wounded by Zoser, and Radames makes possible Amonasro's escape by cutting the rope tied to the dock, but Aida stays with Radames and a dying Mereb. Zoser flees, and Mereb dies in the arms of his kind master and beloved princess. Radames and Aida are then arrested for treason. At the ensuing trial, Pharaoh announces of Zoser's apprehension and sentences both Aida and Radames to be buried alive. Amneris reprises her role as future Pharaoh by convincing her father to let the lovers die in the same tomb, an act of mercy for two people she has come to love. Facing death, Aida looks to Radames for strength ("Elaborate Lives (Reprise)"). As they are slowly deprived of light and air ("Enchantment Passing Through (Reprise)"), Radames swears he will search through a hundred lifetimes to find her again if he has to.

Back in the contemporary museum, the spirit of Amneris reveals that as she became Pharaoh, the lovers' death gave birth to a reign of peace between Egypt and Nubia. She watches as the modern man and woman are strangely drawn to each other. They are the reincarnations of Aida and Radames, finding each other in a new beginning ("Every Story is a Love Story (Reprise)").
__________________