* What is your character's full name?
Zachary Evan McGuire
* Where and when were they born?
He wasn’t. He was aborted at 5:33 PM on Saturday, April 12th
* Who are their parents?
Sydney Riley and Rick McGuire
* Do they have any siblings? If so, who are they?
Carrie May Riley and Rick McGuire Jr.
* Where do they live and who with?
He lives in a large house his husband built with his husband and eleven children.
* What is their occupation?
Stay at home mother.
* What do they look like?
He has blue eyes, black hair and is abnormally small for his age. He has a tattoo on each wrist and one on his back that says Quincy in a heart.
* Do they have any diseases, allergies, or physical weaknesses?
Not particularly.
* What words or phrases do they use that defines them?
Loving
* Do they have any quirks, strange mannerisms, annoying habits, or other characteristics that are specific to them.
He used to slit his wrists.

* How would you describe the character's childhood in general?
He became mature at a very young age. He didn’t meet his parents or other family until he was fourteen. He was raised by a stranger.
* What is their earliest memory?
Finding his “mother” Kyndal bawling after Gabriel had beaten him.
* What was their school like and how did they like it there?
He wasn’t very popular but he did have friends like Kyndal and Asher.
* Where did they learn the skills and abilities that they most use in the present?
Kyndal taught him how to sing, play guitar and cook. Quincy taught him to hunt. His mother Kevin taught him his parenting skills. Gabriel taught him to draw.
* When growing up, did they have any role models?
Marilyn Monroe inspired him as a child and teen.
* When growing up, how did they get along with their family?
He didn’t have a real family but he was very outgoing and bubbly around Gabriel and Kyndal.
* What did they want to be when they were a child?
He dreamed of being a famous singer and he is getting close to achieving his dream.
* When they were a child, were they popular? What were their friends like?
He wasn’t very popular but his friends were. They always liked being center of attention.
* When was their first kiss and who with?
With the man who is now his husband, Quincy McDaniels. He was fourteen.
* Who was their first love?
First crush was Kyndal Paxtion. Love was Quincy McDaniels.
* Are they a virgin, and if not, when and with whom did they lose their virginity?
No, he lost his virginity to Quincy McDaniels when he was fourteen.
* Describe any influences in their past which led them into becoming the person that they are today.
He grew up around people with dysfunctional lives but who never let it show so to this day making him cry is a big achievement.
* What do they consider to be the most important event of their life so far?
The day he met Quincy or the day he gave birth to the octuplets.
* Who has had the most influence on them and why?
Gabriel Johnson because he raised him when no one else would
* What do they consider to be their greatest achievement?
Successfully giving birth to seven of Quincy’s children.
* What is their greatest regret?
Getting with Mark when Quincy left or making his son Gabriel think he didn’t love him.
* Do they have a criminal record of any kind? If so, why?
Yes. He was caught buying marijuana once.
* What is the most embarrassing thing that has ever happened to them?
Trying to flirt with Kyndal only to be turned down immediately.
* What is their best and worst memory?
Worst: His father hitting him when he found out he was pregnant.
Best: His first kiss with Quincy.

* Are they an optimist or a pessimist?
Usually a pessimist.
* What is your character's greatest fear?
Quincy leaving him.
* What is their religion?
Atheist
* What are their political views?
Politics don't exist.
* What are their views on sex?
He enjoys having it but doesn’t think it is necessary for a relationship. In other words, he could continue dating Quincy without sex.
* What are their views on violence and killing?
He wouldn’t do it himself but thinks there are certain situations where it is necessary.
* What do they feel is the most evil thing that a human being could do?
Child molestation
* What are their views on true love?
He used to believe it didn’t exist but he now knows it does… because he is experiencing it.
* How honest are they?
Brutally honest.
* Are they biased or prejudiced in any way?
Not really.
* Is there anything that they would simply refuse to do no matter what the circumstances?
If it needed to be done to keep Quincy or his children safe he would do absolutely anything.
* Is there anyone or anything that they would die for?
Quincy, his babies or his mother.


* How do they treat others in general?
He loves his family more than anything but to his enemies he can be a nasty bitch.
* Who is the most important person in their lives and why?
Quincy because he showed him how to love.
* Who is the person that they respect the most and why?
His mother for being so great to a kid that wasn’t biologically his.
* Who are their friends?
Kyndal Paxton.
* Do they have a spouse or a significant other?
Yes
* Have they ever been in love?
Yes, he is in love right now
* What is their ideal mate?
Quincy McDaniels
* How close are they to their family?
Very close but no one truly knows everything about him
* Do they have children? If not, do they want them?
Yes, eleven of them.
* Who would they turn to for help?
His mother Kevin.
* Do they trust anyone to protect them? If so, then who?
Yes, he knows Quincy will always protect him. And the one time Quincy wasn’t there, Aaron did.
* If they suddenly went missing, who would come looking for them?
Quincy and his mother.
* Who is the person that they hate the most?
Jennifer
* Do they tend to argue with people or avoid conflict?
He tends to avoid conflict but everyone gets into arguments at times.
* Do they tend to take on positions of leadership?
Not really.
* Do they like interacting with large groups of people?
Not at all, he used to though.
* Do they care about how others think about them?
Sometimes, depending who they are.

* What is their favorite hobbies and pastimes?
He likes to play guitar, draw and sing.
* What is their most treasured possession?
The ring Quincy give him when he first agreed to be his boyfriend.
* What is their favorite food?
The soup Quincy makes him when he is sick.
* What is their favorite color?
Purple
* What do they do for entertainment?
Sing.
* How do they deal with stress?
He locks himself alone until he can act like everything is fine.
* Do they tend to plan things out, or do they tend to be more spontaneous?
He tends to plan things out but he can be spontaneous at times.
* What are their pet peeves?
People who treat him like he’s a dumb child. *coughQuintoncough*
* What is their greatest strength?
His voice and artistic ability
* What is their greatest weakness?
His heart
* If they could change one thing about themselves, what would it be?
His size
* Are they an introvert or an extrovert?
More of an introvert, he used to be an extrovert
* Are they organized or messy?
Usually organized
* What things do they consider themselves good at?
Singing, he doesn’t think he’s good at drawing although he is.
* What things do they consider themselves terrible at?
Being a lover
* Do they like themselves?
Not at all.
* What goals do they hope to accomplish in their lifetime?
Make Gabriel know he loves him, give Quincy as many children as he wants, kill Jennifer.
* Where do they see themselves in 5 years?
Still living happily with Quincy and their children.
* What is the one thing that they want to be remembered for after they die?
He wants to be remembered as a good mother like his own. 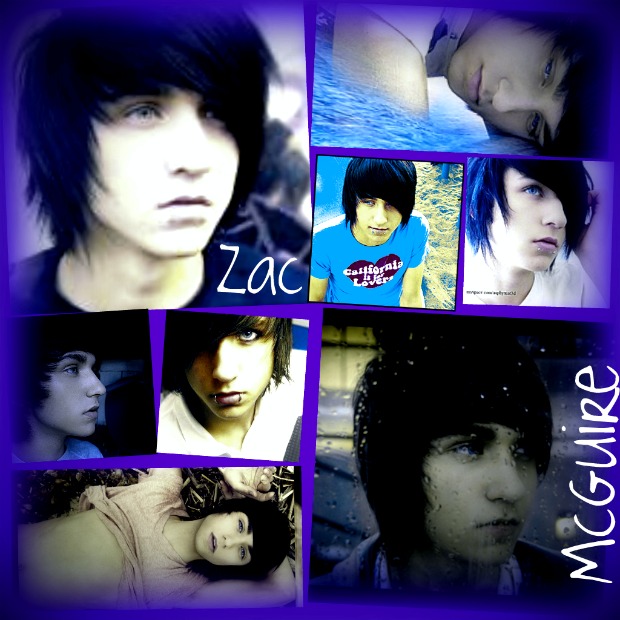