Boy In The Stripped Pyjama's

Boy In The Stripped Pyjama's

I am aiming to do a thread based off of the movie, the boy in the stripped Pyjama's, if you have yet to see the movie or read the book let me explain how I want this too work.
Also it would help if you enjoyed stories, or writing things set in World War Two.

Anyways, onto my thread idea: (And I mind you, even though this is detailed as hell, you dont have to be so on what I have laid out, this is just what we would follow and if you have never seen the movie or read this book it would be easier if you knew all the details and what not)
I would also play maybe the father, or whoever else so the characters would be equal.

Character one,is a nine-year-old boy growing up during World War II in Berlin with his loving family.(He is GERMAN) He lives in a huge house with his parents, his twelve-year-old sibling. His father is a high-ranking SS officer who, after a visit from Adolf Hitler and Eva Braun, is promoted to 'Commandant', and to character one's dismay the family has to move away to a place called Out-With (which turns out to be Auschwitz)

When character one gets there he feels a surge of homesickness after leaving behind his family, grandparents, and his three best friends for life. He is unhappy with his new home. It only has three floors, there are always soldiers coming in and out of the house and there are no good banisters to slide down. Character one is lonely and has no one to talk to or play with and the house is so small that there is no exploring to be done. However, one day while character one is looking out of his window he notices a group of people all wearing the same striped pajamas and striped hats or bald heads. As he is a curious child, character one asks his sibling who these people are, but they do not know. His father tells him that these people are not real people at all. They are Jews. His sibling has changed from a normal young him/her into a strong Nazi with the help of her/his tutor, Herr Lizst, but character one does not seem to take the same stance as his sibling. He still prefers adventure books to history books. There is also a soldier called Lieutenant (whatever) who is violent in his ways and shows his disapproval to the Jewish prisoner, (Whatever). (Whatever) works around the house and is always treated badly by Lieutenant (whatever). One day character one falls off his swing and (the jewish prisoner) helps him dress the wound. character one, in his naivety, asks if his Mother should take him to a doctor, meets a reply from the jewish slave saying that he is a doctor.

character one finds out he is not allowed to explore the back of the house or its surroundings, and his father is very stern in forbidding him to do so. Due to the combination of curiosity and boredom, he decides to explore. He spots a boy on the other side of the fence. Excited that there might be a boy his age, character one introduces himself, blissfully unaware of the situation on the other side of the fence. The Jewish boy's name is (Misery or Angel). He was taken from his family (his father came with him, his mother and his siblings are at home)and forced to work in Auschwitz. Almost every day, they meet at the same spot. Soon, they become best friends and even fall in love. (Misery/Angel) a Polish Jew, character one a German. He, across the thread shows a great deal of naivety whilst his friend Angel/Misery seems to have more knowledge of his surrounding as he has felt the suffering first-hand.

character one's Mother persuades his Father to take them back to Berlin, while Father stays at Out-with. The story ends with character one about to go back to Berlin with his mother and sibling on the orders of his father. As a final adventure, he agrees to dress in a set of striped pyjamas and goes in under the fence to help Angel/Misery find his father, who went missing in the camp. The boys are unable to find him.Then the boys are mixed up in a group of people going on a march.

Neither boy knows where this march will lead. However, they are soon crowded into a gas chamber, which character one assumes is a place to keep them dry from the rain until it stops. It leaves the story with character one pondering, yet unafraid, in the dark holding hands with the frightened Angel/Misery. "...Despite the chaos that followed, character one found that he was still holding Angel/Misery's hand in his own and nothing in the world would have persuaded him to let go".

character one's family had realized he was gone and were now frantically searching for him. They find the path he left when he went from the home to the camp, the find his clothes, and find he had dug under the fence to get into the camp. His father run, trying to make it inside the camp before it is too late, knowing they are getting ready to gas many jews. He is almost there where a frantic cry of his sons name rings out, a guard pours in the gas and turns on the chamber before it all goes eerily silent...
__________________ 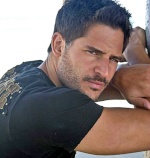 No I have not, I really want to thoughh

Rick giggled, running down the bustling streets of Berlin with his brother and hist friend. It was getting dawn, most people turning in early seeing that they were at war. Rick got home, waved to Alex and then he and his brother entered their home, going through their usual routines of Homework, eat, bathe, bed. It was a normal day, but Rick didn't mind, his days always seemed fun with many things to do and many adventures to embark on. Rick was a rather adventurous child, maybe that was why he was creeping out of his room to listen to the conversation his father and the fuer Hitler were having.
Rick's father was atop notch military commander.
"Sir? What does that mean?"
"Means Im up grading you and moving you to Auschwitz."
Rick frowned, peeking at them. "Out- with?" The small boy muttered, not understanding. You see, Ricks father was sure to keep him sheltered, keeping the horrors of the war away form him. The boy had no clue of the holocaust,no one let him know.
All Rick knew was the MOVING THEM away was not a fun idea, he didn't want to leave his school and his friends and his happy life here for somewhere the fuer was sending his father...
The boy crept to his brother's room, finding Chris awake and listening in, the same look on his face.
They didn't want to go.
But of Course, Chris KNEW about the war and where they were going and what happened there.
__________________